Luca Bruschetti, chef of the Corno Bianco Restaurant at Alagna Experience Resort, knew from an early age that food was his passion.

After starting his studies to become a surveyor, he quickly realized that this was not his future, and so he decided to enroll in the hotel school. Once completed his studies, he begun a real personal training path that would have taken him around the world.  He left from Bergamo, his hometown, and then moved to Franciacorta, Madonna di Campiglio, Elba Island until he arrived in Spain, where he met the Michelin star chef and friend Ferdinando Bernardi, with whom he flew to the States to follow the opening of a restaurant in Laguna Beach, California.

His path served as a springboard to his cooking philosophy, which expertly mixes local raw materials with national and international products, for a perfect fusion cuisine.

In this short interview, the Chef proposes a perfect combination: Italian cuisine and culture, telling us what he considers the symbolic dishes of the Italian culinary tradition.

If I were asked to represent Italy with a dish, I would definitely choose risotto with saffron.

I believe it really embodies the tradition of Lombard and Italian cuisine, in addition to being a dish with historical roots even dating back to the Middle Ages.  I still remember Sundays for lunch at my grandparents’ home in Miland, when my grandfather used to cook saffron risotto for us. That moment represented for me the perfect time to spend with the family.

Furthermore, the ingredients of this typical dish are an integral part of the Italian culinary tradition, of which we ourselves are great producers and therefore envied by the whole world.

If I had to recommend a recipe to a foreigner, which is simple to make but also tasty, I would recommend the Wiener schnitzel, which is nowadays known all over the world and also an ambassador of the Italian culinary culture.

I would say risotto. I really like cooking it, starting with the preparation of a good broth, then moving on to a flavored butter to make the final creaming, which gives the dish a creaminess and a visual aspect typical of a well-cooked risotto. 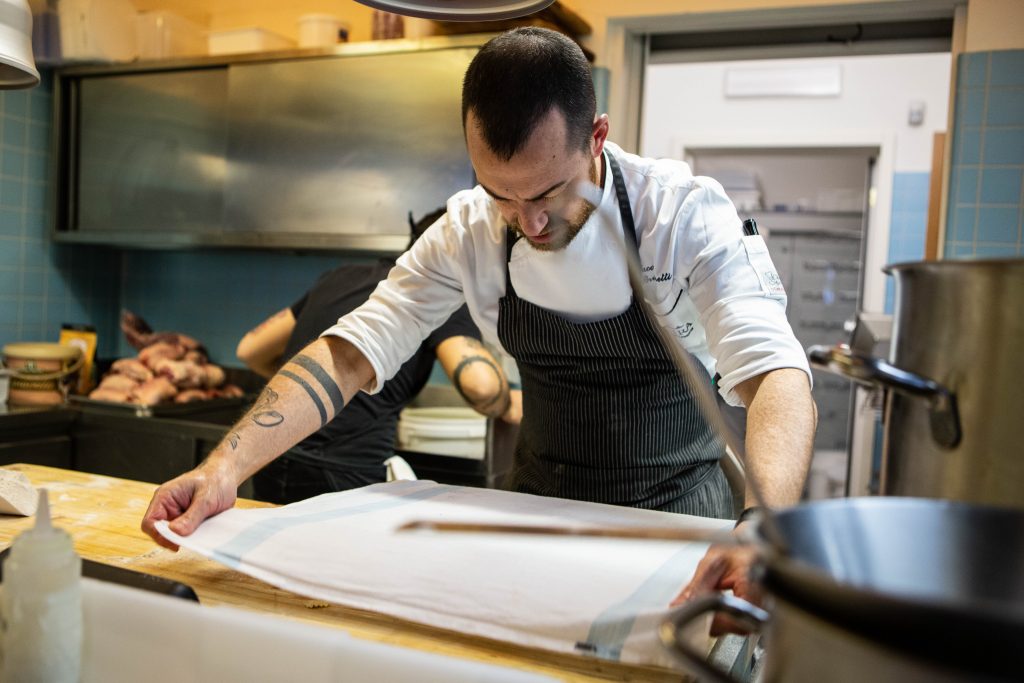