THE GREEK THEATRE OF SYRACUSE

The Greek Theatre of Syracuse is today the most famous monument of the city, but also in antiquity it had great international fame and prestige being the most important building for performances in the Greek-Western world, a very high example of civil architecture. It was also a place of worship and of great popular assemblies, the seat of public trials and, in Roman times, was also adapted to circus performances and variety.

Shortly after the Middle Ages, the theatre was transformed, stripped, damaged and removed, leaving only its gigantic imprint carved into the rock that fascinated travelers and artists from the 1700s to the mid-1800s. It still attracts hundreds of thousands of visitors every year who want to admire its majesty or who want to attend the classical theatre performances that take place between spring and summer.

Archaeologists have been studying it since the 1800s but the theatre continues to be a fertile place for research and studies in archaeological science.

The theatre consists of three parts: 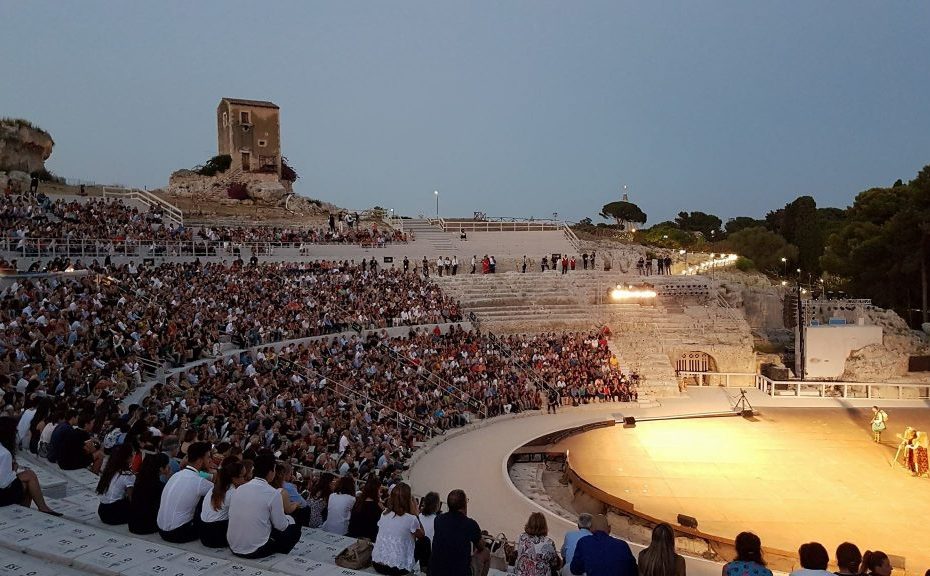